So I'm being a bit liberal here and listing 7 series I read or read part of in 2010. I do plan to read the complete series with each of these, so I figure that counts, right? 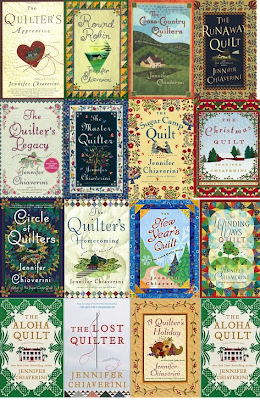 The Elm Creek Quilt Series by Jennifer Chiaverini
I read this whole series in 2010. Number 17 comes out next year - I can't wait!

The No. 1 Ladies Detective Agency Series by Alexander McCall Smith
I read the 2 most recent of these in 2010. I love this series. Mma Ramotswe is one of the world's great detective characters! 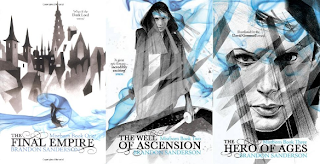 Mistborn Trilogy by Brandon Sanderson
I read the first of these in 2010 and have started the second. One of the most original fantasy fictions I have read in a long time. Looking forward to finishing it in 2011. 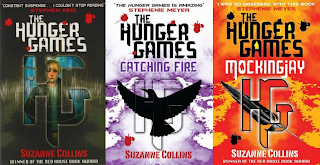 Hunger Games Trilogy by Suzanne Collins
I was a late comer to this series but once I got there I became a true convert. I've read all three this year and can see me doing so again next year! Better buy my own copies then! 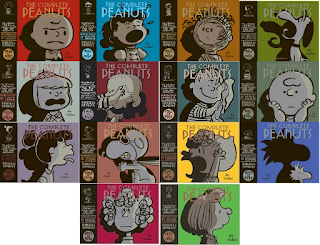 The Complete Peanuts by Charles M Schulz
Everyone loves Peanuts! I read the first of these this year and have the next two borrowed from the library for the holidays. This series has 14 volumes in total. 14 books of Peanuts - Good grief, Charlie Brown! 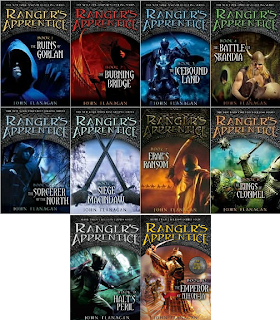 Rangers Apprentice by John Flanagan
I've been aware of this series for awhile. I even bought the first few for the school library when I was a teacher librarian. I've read the first one of these and found it incredibly enjoyable. I'm looking forward to the rest of the series in 2011. 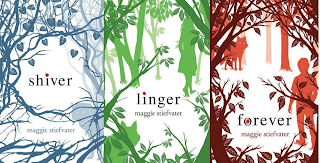 The Wolves of Mercy Falls Trilogy by Maggie Steifvater
Another fantastic series I came to late in the year. I've read Shiver, am waiting for linger to come into the library. Forever will be released next year. I'm fairly sure I will end up buying this series as well.

Oh and please leave a comment. Those montages took me ages and I'd love to know someone else has seen them! Thanks. :)
Don't forget to pop over to Writing From the Thumb to check out Carly's 12 Days of Christmas. Keris Stainton at Della Says: OMG! has a version too! Check them out!
Posted by Unknown at 10:35 PM