Carly over at Writing at the Tub set a hard task for day three. I don't tend to keep track of what is coming out. A bit of searching through Fantastic Fiction and publisher sites and this is what I came up with.

Union of Quilters by Jennifer Chiaverini

This is one I knew about. I'm already on the request list (in fact I'm first!) at the library. Throughout 2010 I read all of the Elm Creek Novels so am looking forward to this, the 12th book. 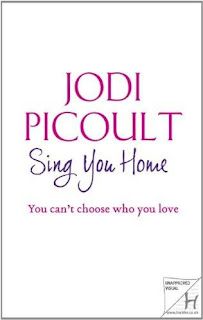 Sing You Home by Jodi Picoult

I've always been a sucker for a Jodi Picoult novel and this one looks like a doozy!

SING YOU HOME explores what it means to be gay in today’s world, and how reproductive science has outstripped the legal system. Are embryos people or property? What challenges do same-sex couples face when it comes to marriage and adoption? What happens when religion and sexual orientation – two issues that are supposed to be justice-blind – enter the courtroom? And most importantly, what constitutes a “traditional family” in today’s day and age?

Flash and Bones by Kathy Reichs.

Other than the fact that this is due out in 2011, I could find nothing! But I love the Temperance Brennan novels so I'm sure it will be good! 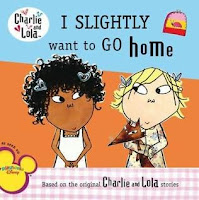 My daughter loves Charlie and Lola and any new book is cause for celebration as I can just about recite all the ones we currently have by heart!

I have this little sister called Lola. She is small and very funny.

This is the way every Charlie and Lola book starts. Charlie is right, Lola is very funny!

Geraldine Brooks is one of my favourite Australian authors. This description comes from Fishpond.


Caleb Cheeshateaumauk was the first native American to graduate from Harvard College back in 1665. 'Caleb's Crossing' gives voice to his little known story. Caleb, a Wampanoag from the island of Martha's Vineyard, seven miles off the coast of Massachusetts, comes of age just as the first generation of Indians come into contact with English settlers, who have fled there, desperate to escape the brutal and doctrinaire Puritanism of the Massachusetts Bay colony. The story is told through the eyes of Bethia, daughter of the English minister who educates Caleb in the Latin and Greek he needs in order to enter the college. As Caleb makes the crossing into white culture, Bethia, 14 years old at the novel's opening, finds herself pulled in the opposite direction. Trapped by the narrow strictures of her faith and her gender, she seeks connections with Caleb's world that will challenge her beliefs and set her at odds with her community.

The Emperor of Nihon by John Flanagan.

I read the first of the Ranger's Apprentice books earlier this year. This is the 10th and last book in the series due out next year. Hopefully by the time it rolls around I will have read numbers 2 - 8.


The Bridge of Clay by Markus Zusak.

Zusak is the Australian author of The Book Thief and The Messenger, both brilliant books. The Bridge of Clay is his new one to be released in 2011. Goodreads keeps it simple:


It's about a boy.
His name is Clay.
He's building a bridge.
And he wants that bridge to be something truly great and miraculous.

The No 1 Ladies Detective Agency series is my all time favourite series. Can't wait for number 12! I always love a wedding!

The Lady of the Rivers by Philippa Gregory.

I've read a few of Philippa Gregory's books and really enjoy them. She is one of the authors whose backlist I plan to read next year so this has to be on the list!

All I know is that Sharon Kay Penman is due to release another book soon! I only hope it's in 2011.