Synopsis: Micah Wilkins lies - all the time, about everything. But this time, she promises to tell the truth. Her boyfriend was been brutally killed and while no one knew she was his girlfriend, she knows she didn't kill him. But what is this family illness she has? When did she really last see Zach? And is she really telling you the truth?

What I thought: I loved this! Justine Larbalestier has written an exceptional novel that really messes with your mind. Do you believe Micah at the beginning of the book when she says this time she will tell you the truth? How can you believe her? And in what follows, what is truth and what isn't? I started reading it wanting to believe Micah, trust she was telling the truth. After all, part one was called Telling the Truth. But then you hit part two and it's called Telling the True Truth. So what wasn't true in the first bit?? And then you get to part three, The Actual Real Truth and you really start to question things! The thing is,I like Micah, and I believe she was trying her hardest to be truthful. The further you go into the book, the more secrets are revealed, the easier it is to understand why Micah is such an accomplised liar. But then again, isn't that what a good liar does - makes you believe they are genuine? In the end you have to make a choice - is she still lying or has she really come clean? I chose to believe her - I think...

A NOTE ON THE COVER: The cover I have shown here is the Australian cover. The US cover apparently caused a bit of controversy. The original US cover showed Micah as white. In the book, she is described as  black with nappy hair which she wears natural and short. The discussion about it on Larbalestier's blog (click either of the links above) make for interesting and thought provoking reading. For the record - I like Larbalestier prefer the Australian cover.

Recommended for: those who like a book that messes with their heads right to the end!

As usual, lets start with the non books.

This is the last of the Deadliest Catch until the library gets season 6. Season 7 starts in the States on April 12 so we have almost caught up!

I really have to stop reading magazines - they keep suggesting books! This is going to be a bit of a harrowing read. I remember the documentary Vanessa Gorman did about her pregnancy and Layla's death and it had me sobbing.

Given how much I  liked Linger and Shiver, is anyone really surprised about this??

My new one for the car. Another article recommendation!

So Much for That - Lionel Shriver

So here's the thing. I turn up for work one day and this is on the holds shelf for me. I have vague recollections of putting it on hold, but not why! I'm sure I had a good reason, so I'll give it a go!

Yep, another article! It said something about it being as good or better than Stiefvater's stuff so well worth a go.

I've read Volumes one and two, went to borrow three and we didn't have it!! Put a request in, they bought it. Yay!! Now to continue my Peanuts quest!

The Night Bookmobile - Audrey Niffenegger
Another one I requested that they purchased. I'm sure I heard about this from another blog, but can't remember who!

Synopsis: When Mathilda Gillespie is found dead in her bath tub, wrists slashed and wearing the scold's bridle (an old instrument used to shut up women or scold's), many assume it is suicide. Even if it was murder, she was not a well liked woman and won't be missed by many. But when it is discovered that the old woman left her total inheritance not to her daughter or her grand daughter, but her doctor, many questions are raised. Slowly secrets are uncovered and the life and death of Mathilda Gillespie turn out to be not so straight forward after all.

What I thought: This was a re read for me. I read this many years ago. I love Minette Walters. Love her. What I really like is the fact that when I read one of her books, I don't feel like I have read it before. I often find with crime writers, after the first 4 or 5, they go stale. Minette Walters seems to somehow avoid this and produces a great original piece of work each time.

Recommended for: who those who love a good, well written murder!

Synopsis: Having escaped Lord Morgarath, Will and Evanlyn have been kidnapped by the Skandians. Halt, Will's master has promised to rescue him, but  needs to take drastic action in order to be released from his Ranger duties. Joined by Horace - knight in training and Will's friend, they set off for the icy land of Skandia to save Will. Having been sold into slavery, Will and Evanlyn know their only chance of survial is escape. But how will they do so and will they survive the frozen landscape? In the meantime, will Halt and Horace be able to help, or have they found themselves in hot water of their own?

What I thought: I've said before how much I am enjoying this series. Once again Flanagan has produced a quality piece of work - rarely found in the field of children's fantasy fiction. The story is meaty and meaningful. While I am only three books into this series, I have yet to find a book that comes across as simply a "filler." Book four promises to continue in this vein, making this series one I will recommend again and again for 10 - 15 year olds.

Recommended for: those who have enjoyed the first two books. 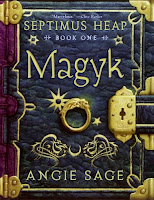 Synopsis: (from Goodreads) The seventh son of the seventh son, aptly named Septimus Heap, is stolen the night he is born by a midwife who pronounces him dead. That same night, the baby's father, Silas Heap, comes across a bundle in the snow containing a new born girl with violet eyes. The Heaps take this helpless newborn into their home, name her Jenna, and raise her as their own. But who is this mysterious baby girl, and what really happened to their beloved son Septimus? .
What I thought: Ok, so I finished listening to this awhile ago, so this review may be a tad sketchy! I wasn't quite sure about reading this as it was fairly long and I didn't know if it would maintain my interest given I don't have a huge amount of time to listen to books. I was worried that with it being so long, I would lose interest. I was wrong! Everytime I got in the car I couldn't wait to get the kids to school so I could listen. I found myself sitting in car parks in order to hear what was next. Read by Allan Corduner, Magyk travels along at a wonderful pace, keeping the reader/ listener enthralled. My biggest disappointment is that the rest of the series is not currently avaliable on talking book - a fact I hope is changed soon!

Synopsis: Ascension follows the story of wire walker, Salvo Ursari. From the beginnings of his life as a Rom in Hungary to the height of his fame as a wire walker, it follows him through Budapest, Translyvania, Berlin and into America. Covering the 1930's in an increasingly dangerous Europe, to the 1970's when circus' began to die out, Ascension is a beautifully told story of one man's obsession and the effect on his life and family.

What I thought: I grabbed this book off the shelf at the library one day while reshelfing. I read Galloway's Cellist of Sarajevo last year and enjoyed it. Ascension was just beautiful to read. Despite the fact you know what is going to happen in the end from the beginning (yep, one of those books where the ending appears in the first chapter!), this book kept me interested the whole way through. Salvo's life is not easy, yet his love of the wire is absolute. For me, the character of Salvo changed the moment he was on the wire. Even on the pages of the book, you knew he was not as alive, as vibrant as he was when he was walking. Likewise, you knew others who walked the wire with him were not effected the same way he was. Galloway breaths life into his characters, making you truly believe they exist. I constantly had to remind myself that this was fiction, not biographical, and as much as I would love to, I will never have the pleasure or the honour of watching Salvo Ursari walk the wire.

Recommended for: who love a book that has characters you truly believe in.


It's been a while since I've done a Loot post, so I have a few items to report on! First, non books. 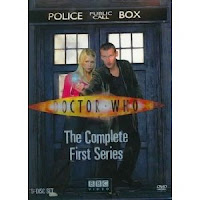 Doctor Who Season 1, Discs 3 and 4. This is the last of this season.

The Scold's Bridle I read the book by Minette Walters not long ago and now I get to watch the BBC production of it. Yay! 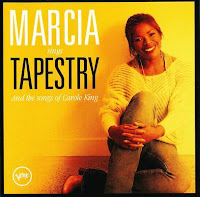 Marcia Sings Tapestry Marcia Hines is a well known and loved Australian artist. With this CD she has recreated Carole King's classic CD Tapestry. I'm listening to as I blog this - pretty good really!

Ciao. Came through the shute, looked interesting. I like to watch stuff that challenges me and I think this will.

Were the World Mine Same a Ciao, looked interesting, and I love a good Shakespeare themed movie! And it's a musical!! Score on all fronts. 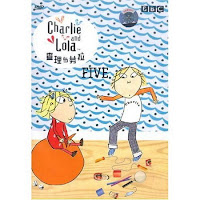 Charlotte's Web. Every Sunday night we have movie night with the kids. I thought this would be the perfect choice for this Sunday.

Marley and Me. I loved this book so am a bit scared about watching the movie. Hopefully it's ok.


Wow, have some serious DVD Watching to do!!

I Do Not Come to you By Chance - Adaobi Tricia Nwaubani I came across a review of this in Good Reading and added it my request list.

Liar - Justine Larbalestier. One of the 2010 Children's Book Council Shortlisted Books for Older Readers that I am reading for the Australian YA Challenge.

Smithereens - Richard Baines (editor) One of those books I read something about somewhere and decided to put on hold!

The Finkler Question -  Howard Jacobson. This is my new audio book for the car.