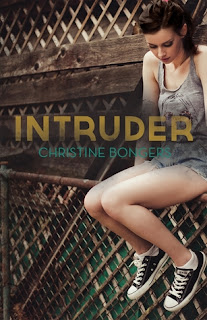 From Goodreads: I don't walk past the house next door. I wish the woman who lives in it was dead. Which makes it hard . . . because she was the one who came running when I screamed.
Kat Jones is woken by an Intruder looming over her bed. She's saved by Edwina – the neighbour Kat believes betrayed her dying mother.
Her dad issues an ultimatum. Either spend nights next door, or accept another Intruder in her life – Hercules, the world's ugliest guard dog. It's a no-brainer, even for dog-phobic Kat.
When she meets adorkable Al at the dog park, finally Kat has someone to talk to, someone who cares.
But the prowler isn't finished with Kat. To stop him, she needs Edwina's help . . . and what Kat learns could mend fences – or break her fragile family apart forever.

Thoughts: So the time is upon us again and the Children's Book Council of Australia (CBCA) has released it's short lists. Once again I plan to read and review all of the older reader and younger reader books. This is the first of the older reader books.
Intruder is well and truly worthy of being on the short list. Bongers throws you right into the action with the intruder introduced within the first dozen lines. What follows is fast paced, well written story in which Kat not only confronts her fear of the intruder, her fear of dogs and the truth behind what she saw when her mum died. The intruder and the fact that Edwina is the person who comes to her rescue forces Kat to issues that have been simmering for years. As the story develops you come to understand why it's so important to her father to hang on to the house, why Edwina won't just leave her alone and how all this effects Kat's life.
To be honest, her father annoyed me. It took me to almost the end of the book to completely understand why he felt it so necessary to hang on to the house, possibly even to the detriment of his daughter. In the end I 'm still not sure I agree with him, but at least it was plausible and didn't leave me thinking that the author had struggled to come up with a good reason. Intruder is a good start to the short list - well worth the read.