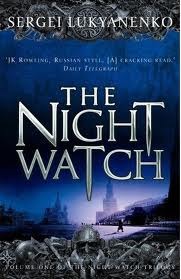 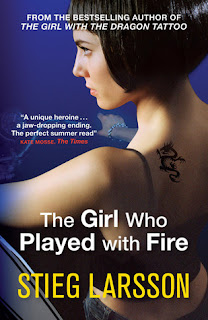 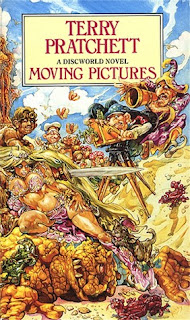 From Goodreads: The alchemists of the Discworld have discovered the magic of the silver screen. But what is the dark secret of Holy Wood Hill? It’s up to Victor Tugelbend (“Can’t sing. Can’t dance. Can handle a sword a little”) and Theda Withel (“I come from a little town you’ve probably never heard of”) to find out.

What I thought: One of the things I love about Pratchett is his ability to take the ordinary and stand it completely on it's head!
In Moving Pictures Pratchett takes a swipe at the unreality of Hollywood - or Holy Wood. A place where dreams are made and broken. People from all over the disc are being drawn there for reasons they can't explain and the real question is who is controlling the actions. All done of course, with Pratchett's trademark humour. Love it!

Today tell me your favourite Hollywood Blockbuster!
Posted by Unknown at 9:00 AM

The House At Salvation Creek 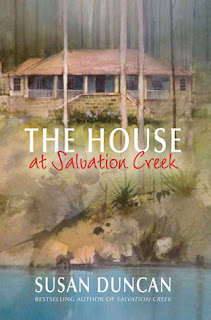 From Goodreads: Continuing the story of Susan Duncan's much-loved memoir, Salvation Creek, this book picks up after Bob and Susan marry and, two years later, move from her Tin Shed into his "pale yellow house on the high, rough hill," Tarrangaua, built for the iconic Australian poet, Dorothea Mackellar. Set against the backdrop of the small, close-knit Pittwater community with its colorful characters and quirky history, this story is about what happens when you open the door to life, adventure, and love. But it's also about mothers and daughters, as Susan confronts her mother's new frailty and her own role in what has always been a difficult relationship. Where Salvation Creek was about mortality—living life in the face of death—The House is about stepping outside your comfort zone and embracing challenges, at any age. In turn funny and moving, Susan Duncan's beautifully written sequel reminds us to honor what matters in life, and to disregard what really doesn't.

What I thought: I loved Salvation Creek, it's description of life in areas of Pittswater accessible only by boat reflect my own island living so much I frequently found my self exclaiming yes! or nodding in agreement.
While Salvation Creek documented Duncan's journey through cancer and her discovery of a quieter, simpler life, The House at Salvation Creek was about Ducan's search for the origins of Tarrangaua, the house her and her husband live in that was built for the famous Australian poet, Dorethea Mackellar. Through this book, Duncan tries to establish who the architect was for the iconic house. Interwoven is her continuing love affair with Pittwater and it's lifestyle.

Today tell me if you long for a quieter, simpler life.
Posted by Unknown at 9:00 AM 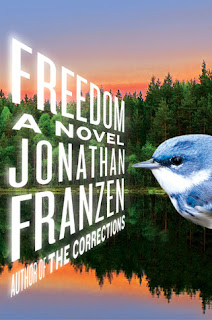 Hi all - long time no blog. We've just had a two week break camping and I'm back refreshed and ready to get into it again - and what better way than to kick off than with a giveaway - but more about that soon.

I've been lucky enough to be asked to participate in a Book Tour for this book.

The tours starts with me on October 11 and I'm thrilled to have been able to do an author interview to include with my post!
Here is a link to Connie's website if you would like to check out what she has written.
I've also been lucky enough to been allocated an ebook copy to give away to some lucky reader. So, competition will be open until October 11. To enter, all you need to do is comment on any of my posts between now and October 11. If you comment on this post, tell me which of the seven deadly sins do you suffer from the most? For me it would be gluttony - especially if chocolate is involved!  I'll do my best to post something every day to increase your chances of winning. Winners will be selected at random and announced on October 12.

Other stops on the tour  will be at the following blogs.