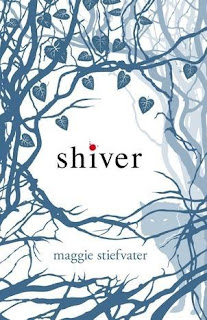 I'd heard about this from so many blogs and it was all good so I knew I had to eventually give in and give it a go.

To tell you the truth, I was prepared to be disappointed. So often people rave about books and I just don't get it. Twilight was OK, not brilliantly written, but great for its teen target. However, by the end of the last book I was totally over it. I didn't even make it half way through the first Sookie Stackhouse book. So I approached this with great trepidation.

I liked it. In fact, I more than liked it, I really enjoyed it. I find Stiefvater such a better writer than Meyers. The story was engaging and even though Grace and Sam had that all encompasing, total love, soulmate thing going on that annoyed the hell out of me in Twilight, I found it easier to handle because I was enjoying the story so much more. I also feel there was more going on in this book with other characters having more of a role in the story. All in all I am looking forward to the second book.
Posted by Unknown at 2:25 PM