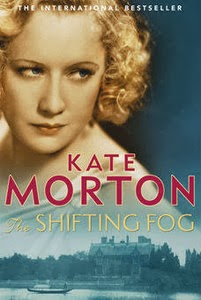 From Goodreads: Summer 1924: On the eve of a glittering society party, by the lake of a grand English country house, a young poet takes his life. The only witnesses, sisters Hannah and Emmeline Hartford, will never speak to each other again.
Winter 1999: Grace Bradley, 98, one-time housemaid of Riverton Manor, is visited by a young director making a film about the poet's suicide. Ghosts awaken and memories, long consigned to the dark reaches of Grace's mind, begin to sneak back through the cracks. A shocking secret threatens to emerge; something history has forgotten but Grace never could.
Thoughts:  This has also been published as The House at Riverton.
As the end of her life draws near, Grace Bradley looks back at her life as a housemaid at the grand house, Riverton, and the tragic events that happened there.
This is the second Kate Morton I've read and I wonder why I left it so long! I actually listened to this as an audio book. While it took a little while to get into, it ended up being very engaging.
Morton shifted back and forth between 1999 and 1924 with ease. Using Grace as the connection, her recollection of earlier events opened the door onto the past. There was a twist at the end, which had been hinted it through the book, but you were never really sure what had happened and it still managed to surprise me. I can only hope I don't leave it this long before enjoying Kate Morton again!
Posted by Unknown at 2:19 PM