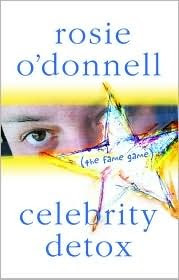 Yet another pick up at work! I like Rosie O'Donnell, always have. She is loud, opinionated and makes no apologies for it what so ever. I don't like Donald Trump. He is arrogant, self centred and just all round sleazy.

In the end, while the book was interesting, it is only one persons view. Having watched a few clips about what happened and what was said by Barbara Walters, Rosie O'Donnell and Donald Trump, I don't agree with Rosie's take on everything. I do agree with most of what she said about Trump. Walters I'm not so sure.
Posted by Unknown at 10:08 PM