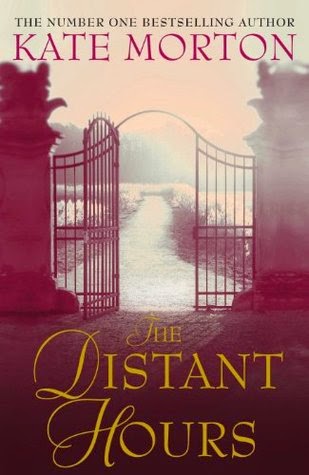 From Goodreads: A long lost letter arrives in the post and Edie Burchill finds herself on a journey to Milderhurst Castle, a great but moldering old house, where the Blythe spinsters live and where her mother was billeted 50 years before as a 13 year old child during WWII. The elder Blythe sisters are twins and have spent most of their lives looking after the third and youngest sister, Juniper, who hasn’t been the same since her fiance jilted her in 1941.
Inside the decaying castle, Edie begins to unravel her mother’s past. But there are other secrets hidden in the stones of Milderhurst, and Edie is about to learn more than she expected. The truth of what happened in ‘the distant hours’ of the past has been waiting a long time for someone to find it.
Morton once again enthralls readers with an atmospheric story featuring unforgettable characters beset by love and circumstance and haunted by memory, that reminds us of the rich power of storytelling.

Thoughts: I listened to this as an audio book and must say  the narrator, Caroline Lee was a fantastic choice.
The Distant Hours is a book about secrets - those we keep from others, those we keep from ourselves and the effect those secrets have on those surrounding it. Kate Morton takes the reader into the lives of the Blythe sisters - thick with secrets - and slowly unravels their tale and the tragedy of lives not lived to the fullest. Enslaved by a controlling, dead father and the legacy of a book he wrote - The True History of the Mud Man - Percy, Saffy and Juniper all have their roles to play, whether they want to or not.
For me, Morton's great strength is in her characters and her ability to make you invest in them. She is very good at leading you down a certain path, only to suddenly change direction and make you question everything you thought. The person you detested, thinking they were horrible and really not very nice, turns out to be one you admire most by the end.
A trait of Morton's is the story jumping back and forth in time. However, the distance between the time lines (in this case, WWII and 1992) makes it fairly easy to follow the story. Another thing I like about Morton is the fact that the reader is told everything, even if the characters are still in the dark. In this way, the reader is privy to all the secrets without feeling like the characters have come across the information in a contrived and unnatural way. The reality is a lot of secrets are taken to the grave, those left behind to never know the full truth of the matter. As a reader, that frustrates the hell out of me! If I've taken the time to follow the story, invest in the characters then I want to know what happened! Morton is more than happy to let the reader in, but is also happy to keep the characters in the story in the dark.In this way she ties up all loose ends without ruining the feel of the book.
There is now only one Kate Morton book I haven't read and I'm caught between diving back into one of her wonderfully rich worlds or putting it off so it doesn't pass to fast! My next audio is Tim Winton's Eyrie, so maybe after that...

Want to purchase The Distant Hours? Click below and it will take you to my Amazon Associates link!