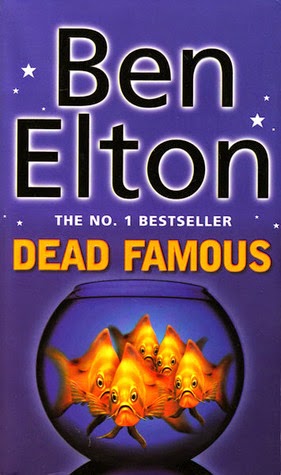 From Goodreads: From a celebrity performer, bestselling author of Popcorn and Inconceivable, a stunning satire on the modern obsession with fame.
One house. Ten contestants. Thirty cameras. Forty microphones.
Yet again the public gorges its voyeuristic appetite as another group of unknown and unremarkable people submit themselves to the brutal exposure of the televised real-life soap opera, House Arrest.
Everybody knows the rules: total strangers are forced to live together while the rest of the country watches them do it. Who will crack first? Who will have sex with whom? Who will the public love and who will they hate? All the usual questions. And then suddenly, there are some new ones.
Who is the murderer? How did he or she manage to kill under the constant gaze of the thirty cameras? Why did they do it? And who will be next?


Thoughts: While on holidays we ended up on a second hand bookshop. How unusual for my bibliophile family! While there I picked up this book. In it, Ben Elton takes a dig at the reality TV industry. The show, called House Arrest is a Big Brother style show. One of the house mates has been murdered. Ridiculously, given the 30 cameras and 40 microphones covering the whole house (house mates don't even go to the toilet unobserved), the identity of the murderer is unknown.
The scenario is ridiculous, the characters are ridiculous and Ben Elton makes it work. The events that take place are so unbelievable, but the world of reality TV is so far fetched there is a small part of you that wonders if it could really happen.
I worked out the murderer about half way through the book. What I couldn't work out was the how! Of course like everything else in the book the end was so ridiculously over the top I'm not surprised I couldn't work it out!
While completely and utterly over the top, Elton's Dead Famous does raise the question of how far reality TV would go to get the ratings and what sort of people not only nominate to go on these shows, but what type of people run them!