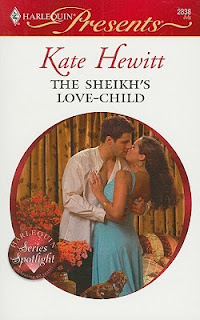 From Goodreads: With butterflies fluttering in her stomach, Lucy Banks has arrived in the desert kingdom of Biryal--with a secret Seeing Sheikh Khaled--the man who once loved and left her--in his sumptuous royal palace, Lucy is blown away by his barbaric magnificence: he's king of the desert and his eyes are blacker and harder than before. He's not the man she once knew. She wants to run away from his overwhelming masculinity, but they're inextricably bound forever...for he is the father of her son.

Thoughts: So it was with much trepidation I approached this book - and I'd love to say I was proven wrong. That all the things I had thought about this genre of books was unfair, that I had misjudged. However, I can't. It was everything I feared - stereotypical, clichéd, trite, bland. Worse than all of that, it worries me that in the wrong hands, this book could be dangerous.
The main character Lucy was pathetic. Presumably a smart woman who is a successful physiotherapist, but is completely unable to foresee the consequences of telling the single, childless prince of a fictional Arab island that he has a son. Really? Never even considered what would happen if he wanted access? She then proceeds to allow him to bully and threaten her into giving access.

I think you'll find I have far more resources than you to see I am granted custody.

Add to that, she then allowed him to order her around like his possession, demanding she return to his home with the child, assuming it would happen. But that's all OK because she loves him and really it's best for the child!
As for Khaled, the prince - major god complex. Supreme being and ruler who not only expects but insists everyone bends to his rule, his desire. Just as well they do, would hate to imagine the tantrum if they didn't! Any time Lucy dares contradict him, challenge him, she is labeled willful and difficult. Apparently it's totally acceptable to tell the world's media that you are marrying someone before you even ask her. It's also ok to react as if this is not incredibly rude, disrespectful and wrong...am I missing something here??
Look, I don't mind a light read, a bit of romance, but there is so much better stuff our there - Marian Keyes for a start. Stuff that does not portray women as being somehow lost without a man and unable to discern the difference between a man who respects and loves her and one who just wants to control and own her. This is not romance, this is simply wrong.
It does worry me that other women are the ones writing these characters. That they think a woman who fell pregnant to a man during a two month relationship, a man who then left with no explanation, no way to contact him, raised the child alone for 3 years and was then totally dominated by the said man so easily, gave into his demands with barely a fight, is a woman that female readers will identify with. These authors seem unable to provide their peers with women who demand to be treated with respect, who cannot see their way past a hot body and smoldering eyes. And while calling it dangerous may seem a bit melodramatic, I do believe that in 2013 it is completely unnecessary and insulting.

As some of you would realise, this book was read as part of a challenge. Discussions on Facebook about which book I would read, led to me challenging one of my friends to read Contracted: Corporate Wife. In her voting comment, (scroll to the bottom of the comments to read Kirsty's) she described how she thought the plot would go. I figured she could read it to find out. As these things go, I then roped in another two girls to read the last two books. While it all started out as a bit of fun, I now really want them to read the books to find out if my assumptions made in review hold for all three or if it's just the crappy one I got stuck with. I cannot and will not read another so I am now relying on Kirsty, Miss Dove and Miss Car to do my research for me! Their prize - champagne...and me to drink it with! And as Kirsty at least knows from experience, I don't drink crappy champagne! 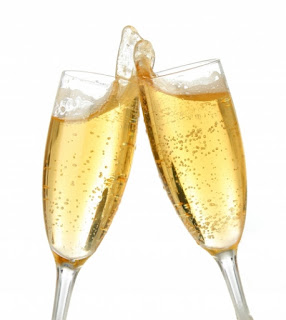