Today I am thrilled to be taking part in a cover reveal for When Camels Fly by NLB Horton!
I'm also taking part in the tour for this book, so keep an eye out for tour dates.

In the mean time, here's the cover and a some information about When Camels Fly. 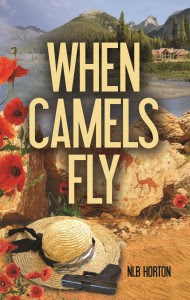 A mother’s fatal shot. A daughter’s deadly choice. In Israel, archaeologist Grace Madison shoots her daughter’s abductor. Seconds later, a handsome shepherd drops from the sky to kill a second assassin. Their world changes in two blinks of an eye. Unbeknownst to them, a fiercely ambitious evil is destroying everything in its path—the unconventional path Grace and Maggie take. They struggle to right a wrong as old as time, and discover time is running out in the race for their lives. Family and friends are swept into their vortex, extinguishing old flames while igniting new loves. While the scale tips dangerously toward disaster, millions of lives hang in the balance. And the mother-and-daughter team soon realizes nothing is as it seems. Even each other. Because choosing what’s right is all that’s left.

Advance Praise for When Camels Fly: "When Camels Fly brings an interesting twist to the typical suspense novels that I read. Usually, some man is the main character, who swoops in to rescue the girl, solve the mystery, and set all things right. Not so with this novel. The main character is a delightful woman named Grace, who is a brilliant archaeologist, but definitely no Indiana Jones. More comfortable digging and researching than getting involved in international “incidents,” Grace is lured (or dragged, she’d admit) into intrigue and danger when she discovers her daughter, Maggie, has been kidnapped. Like a mama grizzly, Grace heads out to find and rescue her daughter, get the bad guys, and make her daughter comply with her demands (essentially, go home and stay out of trouble). But Maggie has uncovered a disastrous plot that could affect the entire Middle East. And only Maggie (and now Grace) can do something to stop the mayhem and evil. When Camels Fly, of course, has intrigue and suspense, action-packed scenes, some fun humor, and vivid descriptions of Israel and the Middle East that will make you think you’re there in the middle of the action. But its strength really lies in its characters, in particular the mother-daughter relationship with its friendship and tension, which will have you rooting for the dynamic duo. These women are intelligent and strong. No swooning here, readers. And for those readers who still love a bit of romance, this novel provides twists and hints at love blooming. There's married love (the reader watches a “real” marriage between Grace and her husband and how they process the struggles of staying in love after decades), love lost but possibly found (Grace’s son and “the one” he let get away, to his great distress, or did he?), and love begun (Maggie meets a potential “one” or two suitors). The first in a series, you won’t want to miss When Camels Fly. It’s a fun read—maybe even something you could read with your mom!"—Ginger Kolbaba, author of Desperate Pastors Wives and A Matter of Wife and Death

"NLB Horton’s debut novel, When Camels Fly, incorporates features I have never before encountered in one novel: suspense, science, family, religion, and Middle Eastern intrigue. Middle-aged archaeologist Grace Madison, Ph.D., binds these elements as heroine, and my inner feminist cheered her, and the cast of characters, from the first page through the last. The Madison women — Grace and daughter Maggie, a hydrologist — are very human and very smart. Their relationship is complex, but loving and insightful, and laced with humor. They wrestle with moral questions in intelligent and intuitive ways, and are unafraid to do the right thing to protect family and produce the greater good. Mark and Jeff Madison, Grace’s husband and son, respectively, provide backup while working through a complicated relationship of their own, and attempt to rescue women who are completely capable of rescuing themselves. The characterizations of this mature family are worth the price of the book. One charming surprise — and there are many in this novel — is Grace’s octogenarian seminary professors, former spies for Mossad who converge in Israel and Jordan to assist the family they hold dear. Their espionage skills, masked by the perceived harmlessness of the elderly, allow them to move about undetected, and assist the Madison family in creative and unexpected ways. Another unique aspect of When Camels Fly is the incorporation of science and history as backdrops for the storyline. Horton’s enjoyable and interesting depiction of hydrology and geology are well researched, and give legitimacy not only to herself, but also to her characters. The technical knowledge isn’t overwhelming, but provides a solid foundation that increases the story’s tension. From drugged kidnappings and shootings at the Western Wall to a minor-key version of The Commodores’ Brick House in Jericho, When Camels Fly empowers women and family in an entertaining adventure. Unstoppable women, well-placed humor, and critical contemporary issues make this book my top read so far in 2014, and I’m watching for news of Horton’s second manuscript, scheduled to release later this year."- Leigh Bennett, Reader

"I picked up When Camels Fly, and I couldn't put it down because the dramatic opening hooked me. Right off the bat, the relationship between Grace Madison and her grown daughter, Maggie, was committed, funny, and endearing — ideal, actually. They’re smart, adventurous women stranded in Israel, running for their lives, initially unaware that Grace’s husband Mark and son Jeff are in hot pursuit. Author NLB Horton’s vigorous dialogue moved the story along, and portrayed each character as uniquely intriguing. Her descriptions of Israel and Jordan were an enjoyable way to learn more about that part of the world, and it’s obvious she’s “been there, done that.” I felt as if I were in the markets and atop the camels, participating in the story. One of the most interesting aspects of When Camels Fly is that it’s contemporary suspense from a woman’s viewpoint, set in a part of the world normally filtered through a male lens. And it presents the region in a realistic, approachable way. I particularly appreciated Horton’s strong portrayal of the squadron of elderly intelligence agents. I don’t think I’ve ever encountered a novel in which senior citizens (and I am one) were crafted with such lively respect. The Madison family is a refreshing, healthy model in the world of contemporary literature, where dysfunctional or overly simplistic family portrayals reign. When I discovered the end of the novel alluded to the story continuing in the next book in the series, I was delighted. I look forward to continuing the adventure begun in When Camels Fly."- Lillian Bohannon, Reader 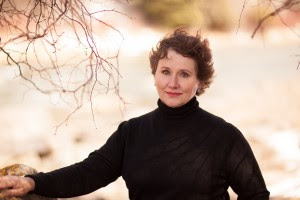 About NLB Horton: After an award-winning detour through journalism and marketing and a graduate degree from Dallas Theological Seminary, NLBHorton returned to writing fiction. She has surveyed Israeli archaeological digs accompanied by artillery rounds from Syria and machine gun fire from Lebanon. Explored Machu Picchu after training with an Incan shaman. And consumed afternoon tea across five continents. When Camels Fly is her first novel. Her second, The Brothers’ Keepers, will be available November 2014. Website: http://www.nlbhorton.com Facebook: https://www.facebook.com/pages/NLB-Horton/289059931145461 Twitter: https://twitter.com/NLBHorton Pinterest: http://www.pinterest.com/nlbhorton/
Posted by Unknown at 9:09 PM