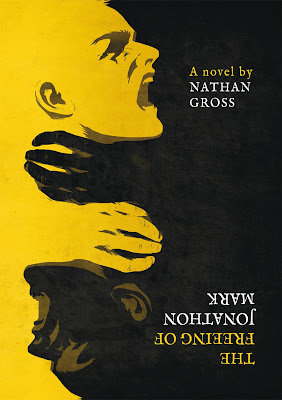 Blurb:
Jonathon is a Taker, some type of modern day psych in the growing industry of modern grief. Takers treat people for all that ails them just by listening. In session, a Taker doesn’t speak. A Taker doesn’t move. A Taker doesn’t even blink. They take till their patients have got no more negativity to give.
A chance meeting throws a new patient into Jonathon’s life. A girl whose carefree lightness of being is in complete contrast to the average patient. She makes Jonathon realise he can no longer refuse to deal with how his job makes him sick, nor his own destructive vice.
Murder is his only way out, an action that leads him towards his own death and beyond. It is a path he hopes will lead him to his freedom.

Review:  As I said previously, I have recently taken a step back from blog tours as I simply did not need another deadline in my life. However, when I read the blurb for this, I couldn't resist - the whole concept intrigued me.
Let me just say from the outset, I don't like the character of Jonathon Mark. He is unsympathetic, has no compassion, is self centred and lacks empathy. The more I read however, the more I wondered if his job as a Taker made him like this, or was he good at his job because that's what he was like? I'm still not sure.
As the book is told from a first person point of view, you spend a lot of time with Jonathon. For me, this made reading very uncomfortable as I found him such an abhorrent character. At the same time it was kind of like looking at a train wreck, I couldn't tear myself away, and when I did, my thoughts kept drifting back to it until I had to pick the book up again and read a bit more.
For a while I was wondering where the book was heading and then certain events occur which require Jonathon to reassess his role as a Taker and what it actually means and what he hopes to achieve. At that point I suppose I started to develop a bit more sympathy for him, although I still wouldn't say I liked him.
Nathan Gross is an author with potential. At times the writing felt a bit clunky, jolting me out of my reading rhythm. However, I look forward to reading more of his work and seeing him develop a smoother, more seamless style. If he has other ideas as intriguing as this he is in for a stellar career.
The Freeing of Jonathon Mark is not a book for everyone. It's not a light, fluffy read, it will make you question things about our society and the how people best deal with their anger and issues. It's label of paranoid fiction is perfect. It will make you uncomfortable, but sometimes as a reader, you need that. Well worth checking out.

*I received a free copy of The Freeing of Jonathon Mark to review, but all ideas and comments are my own. 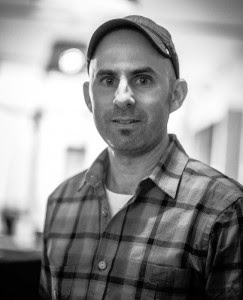 About Nathan Gross:
Nathan is passionately obsessed with scratching the itch that is his absolute need to write. Whether it be in the form of novels or short stories, film / video scenarios, scripts or songs: writing keeps the demons at bay.
Nathan draws on and interprets the events that transpire around him, transforming minute observations and a distant, large view of the world into prose. He expresses at once his hopes and despairs, and equally his surprise and complete comprehension of events before, or as they unfold, if not always as everyone else sees them.
If his book ‘The Freeing of Jonathon Mark’ is part of his journey as a writer, then perhaps it traces his experiences chasing the plastic happiness of consumerist dreams. Perhaps it is also a study of how he opted out of these pursuits for a fresh start, in order to forge a new life where he can be free from empty conformity; to discover and further himself in the journey that is his life. New beginnings bring new ideas to draw upon and it goes without saying that we will find these thinkings in his subsequent writings.
His other published works include Ginger the Carrot, the first in a series of picture books for adults entitled Rotten Veggies, and the song and music video Tais Toi for the musician Monsieur Grandin. He is also the director and scenarist for a number of award winning short films. A collection of his works both written and visual are to be discovered at zamsteepa.com.
Born and raised in Melbourne, Australia, Nathan now resides in the south of France.
His short story ‘Grampy Joe’ won third prize in the Odyssey House Victoria 2012 short story competition.  You can read ‘Grampy Joe’ here.
Nathan Gross Website: http://zamsteepa.com/
The Freeing of Jonathan Mark Website: http://thefreeingofjonathonmark.com/
Twitter: https://twitter.com/zamsteepa
Facebook: https://www.facebook.com/nath.gross

The Freeing of Jonathon Mark virtual book tour is hosted by:

You can check out the rest of the tour at these blogs: