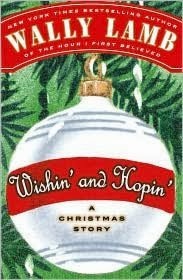 
It's 1964 and ten-year-old Felix is sure of a few things: the birds and the bees are puzzling, television is magical, and this is one Christmas he'll never forget.


LBJ and Lady Bird are in the White House, Meet the Beatles is on everyone's turntable, and Felix Funicello (distant cousin of the iconic Annette!) is doing his best to navigate fifth grade—easier said than done when scary movies still give you nightmares and you bear a striking resemblance to a certain adorable cartoon boy.
Back in his beloved fictional town of Three Rivers, Connecticut, with a new cast of endearing characters, Wally Lamb takes his readers straight into the halls of St. Aloysius Gonzaga Parochial School—where Mother Filomina's word is law and goody-two-shoes Rosalie Twerski is sure to be minding everyone's business. But grammar and arithmetic move to the back burner this holiday season with the sudden arrivals of substitute teacher Madame Frechette, straight from QuÉbec, and feisty Russian student Zhenya Kabakova. While Felix learns the meaning of French kissing, cultural misunderstanding, and tableaux vivants, Wishin' and Hopin' barrels toward one outrageous Christmas.
From the Funicello family's bus-station lunch counter to the elementary school playground (with an uproarious stop at the Pillsbury Bake-Off), Wishin' and Hopin' is a vivid slice of 1960s life, a wise and witty holiday tale that celebrates where we've been—and how far we've come.

Thoughts: I like Wally Lamb, but I don't find his books easy to read. This however, I powered through in a day! Lighter than his other books (reviewed here, here and here) I found myself laughing out loud several times. Felix is so naive and innocent that you just can't help but love him and his view of the world. His family is loving, but unassuming. You get the feeling that he will look back on this time and realise how wonderful and precious it was.
I love Lamb's characters and especially love that Felix, who is second in the class (behind the most annoying Rosalie Twerski!) is best mates with Lonny, who has been kept back twice. There is no huge angst in this book, just the year in the life of a really likable character on the verge of puberty, discovering things about life he never really knew.